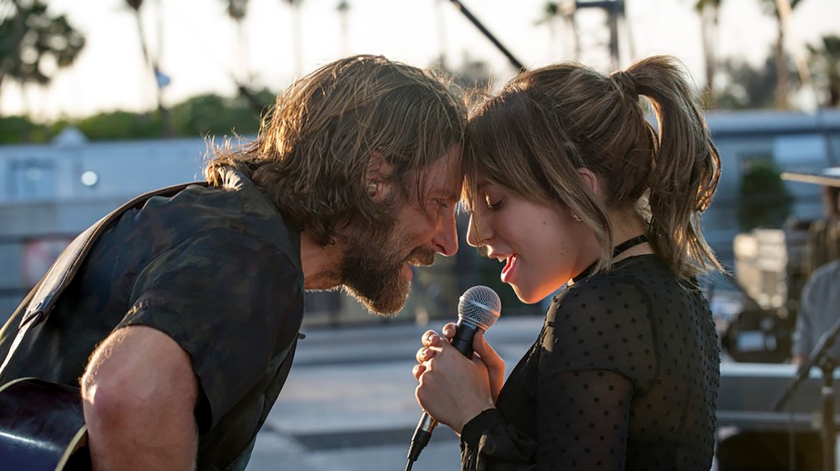 Fame, talent and love are at the heart of the new reincarnation of “A Star is Born.” The film marks Bradley Cooper’s impressive directorial debut. He also co-wrote the screenplay, composed original songs for the film and produced it.

His female counterpart is the pop superstar Lady Gaga. She fills in the shoes of previous divas who took on the role: Judy Garland in 1954 and Barbra Streisand in 1976. The story has been told previously in three movies but this version feels particularly personal and grand.

The movie follows the love story between Jackson Maine (Bradley Cooper) and Ally (Lady Gaga). They meet in a drag queen bar where she is the only performer singing live. Ally sings a cover of “La Vie en Rose.” Jackson is mesmerized by her performance and meets her backstage.

While he is waiting for her, he sings to an audience of a few drag queens. Ally watches him from afar and an instant connection is made through their love of music.

They go out into the night, get into bar fights and go midnight shopping at a supermarket. Ally sings an impromptu lyric to Jackson at a parking lot. He is impressed by her voice and songwriting ability. It is the start of a whirlwind romance that stretches them to their limits.

Ally goes on tour with Jackson and joins him on stage with her parking lot song “Shallow.” By now, Jackson is not the only one aware of her talent. She gets a manager and her career takes off. Meanwhile, Jackson’s addiction to alcohol and pills create a path of self-destruction.

Jackson believes that a musician needs to be authentic. When he sees Ally performing with backup dancers, colorful outfits and singing about a man’s physical appearance, he looks down on her. However, she embraces her new-found fame, which is a little meta, as it reminds us of Lady Gaga’s music career.

This self-reference takes you out of the story because it reminds us of Gaga’s validity as a pop artist. The story does not go into depth on the concept of an artist’s authenticity, which would have felt appropriate because of Jackson’s attitude towards her performance.

Things get worse when Jackson drunkenly plays guitar during “Pretty Woman” at the Grammys and makes a scene during Ally’s acceptance speech. The third act follows his path to recovery. However, things take a wrong turn once more when he makes an unretractable decision. The movie frames it as a kind of sacrifice he makes to enable Ally’s career.

At times, the movie romanticizes some of Jackson’s issues with Ally’s character picking up the mess. The audience does not really see her immediate reaction to his decisions, but just the aftermath and how she is dealing with the consequences of his actions.

Whatever the message of addiction, love and codependency may be, the movie makes you feel for its characters. You want to follow them on their journey.

The music is quite remarkable. The original songs reflect the characters. The couple at the forefront is believable because of their on-stage chemistry. Cooper, as a star singing at an octave lower than his regular voice, sells the idea that he has been singing in packed stadiums for years.

Lady Gaga’s rundown look lets the audience separate her from her on-stage persona. She gives a sincere performance of an insecure musician coming into her own.

As Sam Elliot’s character, Bobby, says in the movie: “music is a repetitive process of the same notes, but the important part is how an artist can use those notes to tell something new.”

Bradley Cooper’s take on a previously-told story is well-crafted and a heartfelt story at its core. The movie is about artists who have something to say and, most importantly, someone who listens.

This review was previously published in Boston University News Service on October 19, 2018.